Save steps on your way home to our holiday apartments by taking the Lavra Tram (Ascensor do Lavra) instead of walking.

Running from the Largo da Anunciada to the Rua Câmara Pestana (which is just off the Calçada de Santana, and only moments from our vacation rentals), the Lavra Tram allows you to ride, instead of walking up the hill. And it’s an interesting piece of Lisbon history, too.

The Lavra Tram is the oldest Ascensor in Lisbon. It has been in near-continuous operation since it first opened on April 19, 1884, and was declared a National Monument in 2002.

The tram’s antique interiors will make you feel you’re riding a piece of history, although all the ascensores in Lisbon have been modernized on the inside. Originally, they worked using water-weights and a pulley system: a tank in the car at the top was filled with water, making it heavier than the car at the bottom. When the brake was released, the heavier car would slide downhill, pulling the lighter car (which was attached by a cable) up as it went. Then the tank of car that had just gone down would be emptied, while the tank of the car now at the top of the hill would be filled. Over time, water shortages led to the modification of the system, and the Lavra Tram now runs on electricity.

According to the Carris website, on its first day in service the Lavra Tram offered free rides to all passengers. By the time the Ascensor finally closed on that day, it had been running for 16 hours straight and had transported over 3.000 passengers!

Currently the Ascensor do Lavra runs from 7:45am to 8pm, Monday to Friday, and 9am to 8pm on Saturdays, Sundays and holidays. The on-board fare is 3,60€ (which buys 2 trips), but if you purchase a VivaViagem card in advance, a ride on the Lavra Tram costs only 1,20€. VivaViagem cards are available in any metro station.

Lastly, if you enjoy riding the Lavra Tram, you should look at the self-guided walking tour of Lisbon’s Ascensores and Elevadores (pdf) published by Carris (the company that operates and maintains them).

Posted in ...with kids!, How to get there
Tagged Featured
Leave a comment 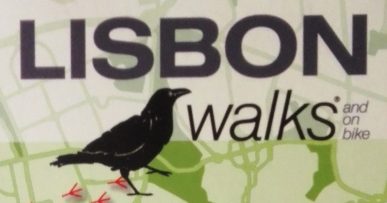